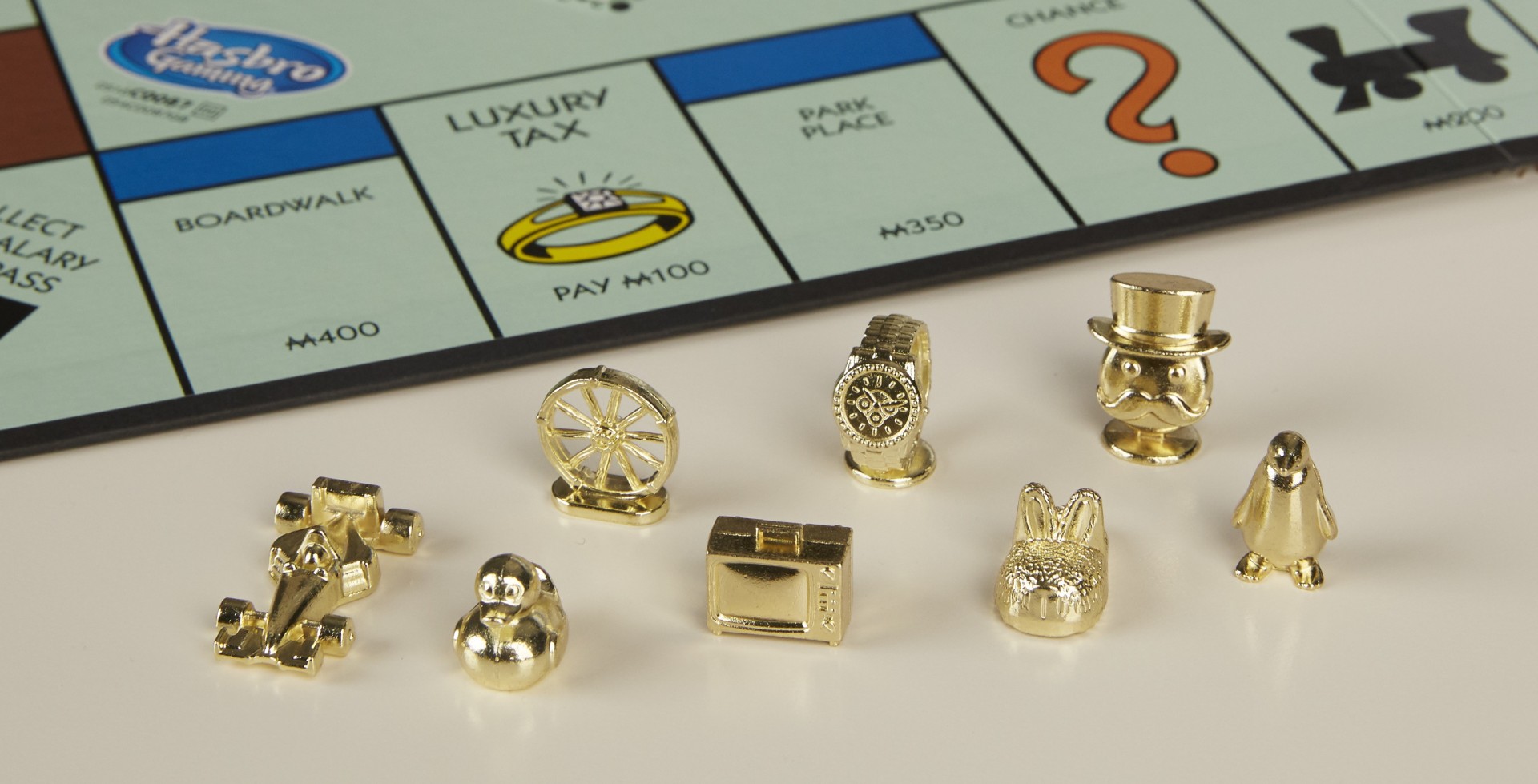 Hasbro have put all eight Monopoly pieces at risk of replacement as part of new public vote.

Fans have been urged to go online to choose the ‘new generation’ of play pieces, a staple of the popular property-trading board game since its initial release in 1935.

Two further tokens, the Scottie dog and the wheelbarrow were introduced in the 1950s, and the iron was replaced in 2013 by the cat in a public vote, the last time all pieces were put at risk.

The vote presents the game’s iconic pieces with their original silver sheen, while introducing new pieces, such as the ‘T-Rex’, ‘Hashtag’ or ‘Wink Face Emoji’ in bright gold.

“No token – not even the Scottie dog — is safe!” said Jonathan Berkowitz, senior vice president of marketing for Hasbro Gaming. “Only time will tell if fans will decide to stay with the classics, keep a few favorites or pick an entirely new line up of tokens.”

With 56 new pieces looking to replace, other tokens include the rotary telephone, sunglasses and a log fire.

The updated Monopoly game will hit shelves in August, while a ‘token madness’ themed version is already on sale – featuring the current line-up against a selection of the new 56.