Emoji brand expands in run up to film release 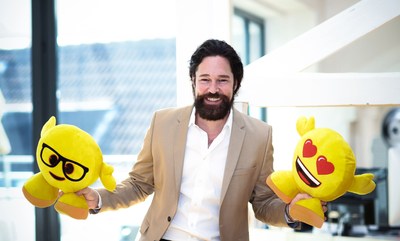 The emoji company has announced their acquisition of the trademark “emojiville” as the latest in a string of deals on the road to the major summer movie.

The company owns the registered trademark for the term ’emoji’, which is often used to describe small emotive pictures featured on smartphones.

Although companies such as Google, Apple and even social media sites like Twitter feature similar images, the emoji company boasts ‘the official brand’, and recently partnered with Sony for use in the upcoming film, The Emoji Movie.

Taking place within a smartphone, the story explores the personalities of these exaggerated caricatures. With the backing of Sony and featuring the talents of big-hitters including James Corden and Sir Patrick Stewart, the film is expected to be a big hit for both Sony and the accompanying merchandise.

He ain’t no ??! So excited to announce the distinguished @SirPatStew as Poop in the #EmojiMovie – in theaters August 4th! #SonyAnimationDay pic.twitter.com/JTeEhP08qI

As emojis are used by a variety of age groups and social backgrounds, the emoji company is hoping to appeal to as many as possible.

“There will be no confusion in the marketplace since [Sony Pictures Animation] products will be from their original and proprietary The Emoji Movie motion picture content while the emoji company is offering its own developed icons with the classic look & feel known from the Unicode.”